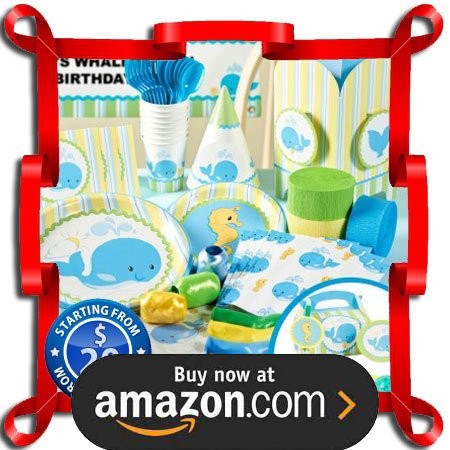 Whale of Fun Party Supplies are based on Whales, one of the most amazing creatures that have ever lived in the planet. Whales inhabit all oceans of the world. Whales are mammals fully adapted to aquatic life. Whales, like other cetaceans, are descendants of land-living animals that returned to water after living millions of years on land.

A whale can grow to be extremely large. Blue Whale is the largest animal in the world that has ever lived on earth. Blue whales are even much larger than the largest dinosaur known and weigh as much as several elephants. The smallest whale is the dwarf sperm whale.

Due to the complex physical design, a whale is able to survive in the water. Their flippers and dorsal fins help them move in the water and to stay balanced. Their blowholes at the top of them help them take in air. They can remain under the water for a long period of time (for 5-15 minutes at a time) before they need taking another breath.

It is believed that whales can sing. Male whales sing in order to seduce female whales while looking to reproduce. Blue whales and humpback whales can produce a melodic sound which is popularly known as a whale song.

Whales communicate with each other using echolocation, which is a sonar-like capability that allows whales to locate dangers and other animals.

The lifespan of most whales is similar to that of humans. The fin whales and blue whales live up to 85 years.

A group of whales is commonly known as a school, a pod, or a gam. A male whale is called a bull, females are called cows and their young are called calves.

Whales migrate during the warm season to cold waters where food is abundant. The food starts to scarce when the weather becomes colder and whales migrate to warmer water for mating and breeding.

Humpback whales can live in both hemispheres and during the feeding and breeding seasons they cross over the other side of the world traveling over 25,000 kilometers each year.

A humpback whale can eat up to a ton of food every day but they eat only in summer. They use their fat reserves during the winter.

Whales need to eat 50-150 kilograms of meat every day.

The largest record of male whale was killed in 1926 in Antarctica and was 104 feet long.

The largest female whale was killed on Antarctica. It weighed around 400,000 pounds and was 106 feet long.

The brain of Sperm Whales may weigh 20 pounds and is the largest brain on the planet.

The mouth of whales is connected directly to the stomach and hence they can’t breathe through their mouths. They use their blow holes for the purpose.

Sperm whales can hold their breath for at least an hour.

Blue whales have one of the deepest voices on the planet, powerful enough to travel hundred miles underwater.

Whales that live in very cold water have up to 20 inches thick blubber on them. It serves as an insulator as well as an emergency food store.

Whales never spout water; they actually let out air from their lungs. The action is so powerful that it pushes the water around it high into the air.

A newly born baby blue whale can be around 25 feet long and may weigh two tons.

Some whales have baleen instead of teeth, plates that filter out small fish from water. Bowhead whales have the largest baleen, up to 10 feet long.

Whales are not fish, they are mammals, and unlike fish which can breathe underwater, they need to come up for air.

I’ve personally used Whale of Fun Party Supplies for my kid’s birthday and through my personal experience I would recommend it to all Whale of Fun fans.

Whale of Fun on the ‘net

Whales – What is a Whale?- EnchantedLearning.com 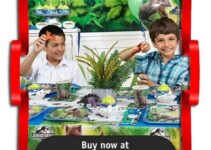 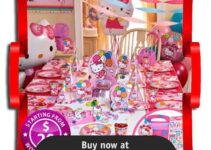 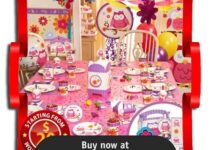