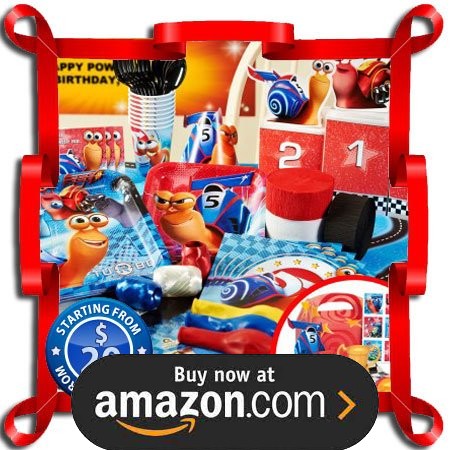 Distributed by 20th Century Fox and produced by DreamWorks Animation, Turbo is a 2013 American sports comedy animated movie. Released on July 17, 2013, the film is based on an idea by David Soren, who also happens to be the director of the film. The movie stars Ryan Reynolds as the eponymous character as well as Paul Giamatti, Samuel L. Jackson, Paul Giamatti, Michelle Rodriguez, Michael Peña, Maya Rudolph and Snoop Dogg. The film has been so much popular among the kids that Turbo Party Supplies have been released to help them celebrate their special day with Turbo.

Turbo a.k.a Theo is a garden snail who lives in Venice, California. He dreams to be the greatest racer in the world. His hero is Guy Gagne, who is 5-time Indianapolis 500 champion. He is so much obsessed with speed and fast things that in the snail community which is slow and cautious, he is considered as an outsider and oddity. He constantly causes embarrassment to Chet, his cautious older brother. Turbo wants to escape his slow-paced life. Once he attempts to recover a prize tomato but the chance proves a near fatal disaster and Chet has to rescue him.

Turbo is now demoralized. Dejected, Turbo reaches a freeway and starts admiring the fast traffic. He looks at the first star in the sky (actually an airplane light) and makes a wish to be very fast. Accidently, the supercharger of a drag racer sucks him inside and his DNA gets fused with nitrous oxide. The next day, when he regains consciousness, he finds that he has now got the power of incredible speed. He actually has got some qualities of a car as well, like, he can make car sounds, he can play radio, his eyes light up like headlights and his shell can blink red like taillights.

Turbo tries to show his power but crashes with a Big Wheel tricycle into the garden. He and Chet get fired from the garden crew. Then a crow snatches Chet but Turbo chases it and rescues his brother. A “Dos Bros” taco truck driver named Tito captures them and brings them to race with other snails where Turbo surprises everyone with his speed.

Tito is quite impressed with Turbo and wants to revive the strip mall. He plans to use Theo as an attraction. And with the help of the snails he does a good business when they divert and strand a tour bus. After this success, Turbo asks Tito to enter the snail in Indianapolis 500 as a competitor. Tito’s brother Angelo refuses to support him. But the neighbors decide to help them by putting up the entrance fee and going with them to Indianapolis. When they reach there, Tito is not allowed to take part into the race. Turbo meets Guy Gagne accidently and demonstrates his speed. The race track is quite impressed and the snail gets qualified for the race.

The speed of Turbo becomes so much popular on social media and puts so much pressure on the owner of the race that he agrees to let the snail compete. But the night before the race, Gagne laughs at Turbo and demoralizes him. Chet also says that he cannot see his brother in danger. But Turbo is determined. The next day, when he races, he finds that the racetrack is dangerous and the competition is far more experienced than him. He is trailing in the last place.

Whiplash and his crew talk to Turbo at a pitstop. During the vital pep talk they advise him to race like a snail. In the race, Turbo realizes what they meant by racing like a snail. He uses his small size to maneuver by and under the competition in such a way that no human is capable of. Gagne starts racing dirty and tries to kill Turbo. Meanwhile, Turbo’s speed power starts to fade. In the final stretch Turbo is in the lead and Gagne desperately tries to get ahead of him. Gagne creates a major crash that results in snarling all the competitors in a major pileup. Trubo also falls down, gets injured and damages his shell. When he wakes up from unconsciousness, he finds that his speed power is lost.

Turbo is barely a few feet from the finish line but he gives up and retreats into his shell. Chet is alarmed to see this and meets Whiplash’s crew to get to him. When Turbo sees that his friends and brother have come riding crows to encourage him to resume the race, he starts again. Gagne chases him and tries to crush him. At the last moment, Chet advises Turbo to retreat into his shell. When Turbo does so, the force of the last blow of Gagne helps him tumble past the finish line and he wins the race.

After this victory, the strip mall becomes a huge attraction. All businesses become spectacular successes including snail races. Chet is now the track referee and is content. When Turbo’s shell is healed, he discovers that his superspeed power has come back.

I’ve personally used Turbo Party Supplies for my kid’s birthday and through my personal experience I would recommend it to all Turbo lover kids.

Turbo on the ‘net 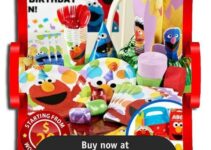 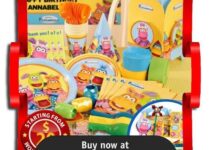 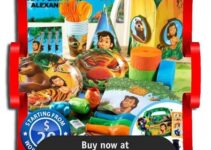