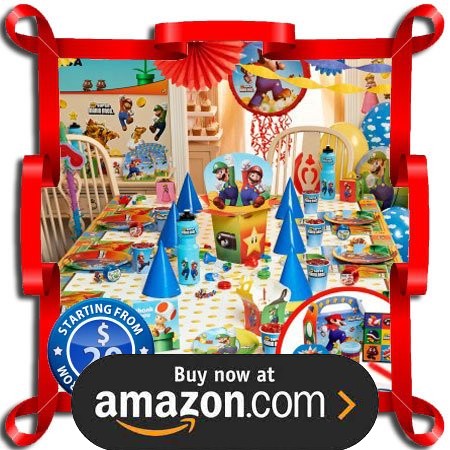 Super Mario Party Supplies: Get Ready For The Ultimate Party For The Gamers!

Save Princess Toadstool! Now if you know this, then you are a true long time fan of Super Mario. Welcome to your complete salvation, Super Mario party supplies that will make you think you reached the mystical World -1, or consumed too many “1-Up” Mushrooms. 🙂

Remember when your parents had to take you to the video arcade? You had to beg them most days? Now we can play many of those same games, on our phone! It boggles the mind of those old enough to remember video arcades in the mall.

Have an amazing party – invite everyone to dress-up as their favorite Super Mario character. Who’ll be Luigi, Goomba, the Fire Flower, Koopa Troopa, the Starman, or the tantalizing Princess Toadstool?

Re-enact some scenes, cheats, grab a bunch of yellow icing’d cookies and pretend they are Gold Coins. Eat your treasure! By the way, did you know that over 40 Million copies of Super Mario have been sold world wide. Did you know that Super Mario was released in Japan in 1985, North America in 1986, and Europe and Australia in 1987?

Can you name all the versions of Super Mario, can the guests?

Well, we know all about Super Mario Brothers Party Supplies, we can hook you up and make your house look like an arcade game gone crazy.

We’ll help you get everything together so you won’t have to make cross-town trips to get all the party supplies together. Just click, click and we’ll take care of the rest – and get it to you on time.

Scroll down, pick the essential package of Super Mario party supplies that you need, then drill-down and grab some bonuses. We even have Full Size stand-up figures of Super Mario, Luigi, Princess Peach, even Toad – Awesome for creating awesome picture memories.

About the only thing we can’t help you with is scoring some FireBall cinnamon candy.

Thank you for letting us take another thing off of your party to-do list, and remember, stay away from the Sprites! So let’s scroll up, and let’s get started making this a fantastic party with these Super Mario Party Supplies!

Super Mario on the ‘net 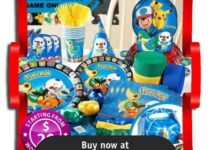 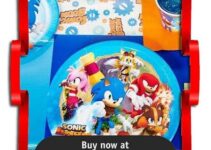 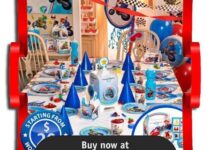