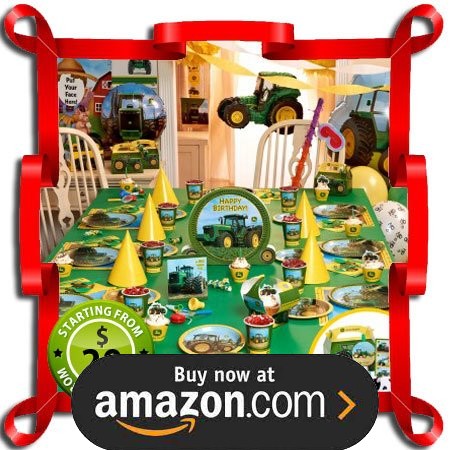 Who knew! – for that special someone who loves John Deere equipment – Everything John Deere Party Supplies.

Many young boys (and older ones, too) really like John Deere equipment! After all, can you blame them? John Deere stands for quality.

You can harness that young lad’s love of John Deere and make it into a theme for his upcoming birthday party! John Deere Party Supplies are available online! And while you’re at the party, you can throw out some tidbits about John Deere and the company.

Did you know that John Deere founded the John Deere Company in 1837? John Deere the person was born February 7, 1804 in Rutland, Vermont. He moved to Illinois and developed the first commercially successful steel plow in 1837.

After a short education, John was apprenticed at age 17 to a blacksmith, and entered the trade himself in 1825. Deere settled in Grand Detour, Illinois, and with no other blacksmiths to be found, he had no difficulty serving his community.

John’s father was a tailor. He remembered his father showing him how to polish needles for sewing, which helped sew through soft leather. John found that by polishing the cast-iron plows and the proper shape, allowed the plow to better handle the heavy clay soil of the prairie lands.

By 1841, John’s company was manufacturing 75-100 plows per year. In 1848, Deere moved from Grand Detour, to Moline, Illinois, where he now had access to transportation along the Mississippi River to distribute his product. By 1855, John’s company had sold more than 10,000 plows. His product became known as the “Plow that broke the Plains”.

Today, the John Deere Company supports the families of over 52,000 employees, still headquartered in Moline, Illinois. The company had over 1.3 Billion in revenue making a diverse range of products from harvesters, plows, planting equipment, backhoes, forestry equipment, rotary cutters and gators to name just a few of the quality pieces of equipment that the company produces each year, worldwide.

With a John Deere themed birthday party, your party preparations will be a snap. There are several John Deere Party Supplies packages that we’ve put together to simplify your life.

How much easier would your life be if you buy a pack of party supplies that were already put together – plates, utensils, balloons, tablecloth, cups, and more?

You can get packs that have party invitations, party favors, activity sheets, as well as thank you cards.

When the kids at the party come together, they can each have a small pile of confetti that they can toss on the table to add to the festive look of the party. They can use their tractor plates (prior to putting on them, of course) to drive across the table and plow the fields. Little imaginations can come up with countless ways to play with the items in the kit.

What would it take for you to have to run all over the place to find items that matched? You’d be in one store and find the cups, crepe paper, and utensils. Then you’d go to the next store that’s 15 minutes away and find the plates – but they don’t have enough. Then you have to make another trip to the next store only to find out that they have similar plates, but not the same. Aagh!

Why waste your time? We’ve done the leg work for you. You just figure out how many children will be at the party and order the John Deere Party Supplies pack that’s appropriate. It’s as easy and point and click. So now, take a deep breathe and enjoy the party.

John Deere Ultimate party pack is really the ultimate choice for your child and includes all the stuff that your child can dream of and more!

Nothing runs like a Deere. And nothing excites young John Deere fans more than these John Deere Party Supplies. Little eyes will grow as big as tractor tires when they see these exclusive John Deere birthday party packs!

John Deere on the ‘net 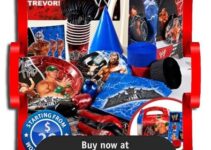 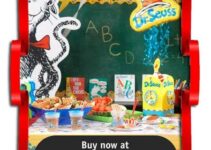