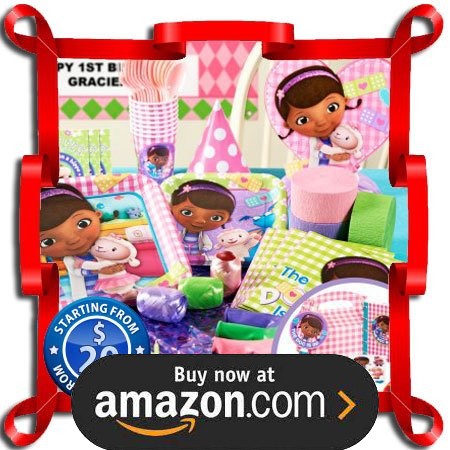 Doc McStuffins is an American-Irish pre-school animated children’s television series. It premiered on Disney Channel and Disney Junior on March 23, 2012. Produced by Brown Bag Films and Walt Disney Television Animation, the series is created and executive produced by Emmy Award-winner Chris Nee and Humanitas Prize. The series is based on tales about Dottie McStuffins. She is a six-year-old girl who, with a little help from her stuffed animal friends, can “fix” toys. The series has been so popular among kids, especially little girls, that Doc McStuffins Party Supplies have been made for the little girls who want to celebrate their birthday with Dottie McStuffins.

Dottie McStuffins wants to become a doctor one day like her mother. Everyone calls her ‘Doc’ because, while being just six at the present moment, she “pretends” to be a doctor and fixes up her dolls and toys. As soon as she puts on her stethoscope, dolls, toys, and stuffed animals magically come to life. And she is able to communicate with them. Stuffy, Hallie, Lambie and Chilly, her stuffed animal friends, also help her a little in the process. Doc gives them check-ups and checks their illnesses with “The Big Book of Boo Boos” and thus she helps toys “feel better”.

Each Doc McStuffins episode is 11-minute. It includes original songs, the “I Feel Better” and the “Time for Your Check-Up” song. There is one more song about what you must do with a doctor’s check-up. Doc McStuffins also gives advice to viewers about staying healthy during the ending credits.

Dottie “Doc” McStuffins is the main character of the series. She is a six-year-old girl who wants to be a doctor and loves to fix toys, dolls and stuffed animals. She has short dark brown hair that she keeps tied in pigtails with a beautiful headband in the middle of her head. She wears a purple-and-white striped T-shirt, pink-colored skirt with polka-dot leggings and pink sneakers with violet ankle socks. She wears a lab coat over these clothes. The character of Doc McStuffins is voiced by Kiara Muhammad.

Lambie is a stuffed lamb. She is one of Doc’s best friends. She is a gifted dancer, likes to hug people and is very sweet. She wears a pink bow with her matching tutu. Stuffy, Hallie and Chilly are her other friends. She gives Stuffy the most cuddles as she has a crush on him. The character of Lambie is voiced by Lara Jill Miller.

Stuffy is a stuffed blue dragon. He tries to be the bravest dragon of all but is afraid of spiders. Although clumsy, he is one of the Doc’s friends. Hallie, Lambie and Chilly are his other friends. He claims that Lambie’s cuddles are the best and often asks for them. The character of Stuffy is voiced by Robbie Rist.

Chilly is a stuffed snowman. He tends to forget that he is not a real snowman. He is sweet but worries a lot. He is one of Doc’s fearful friends and wears a blue scarf and a black bowler hat. Lambie, Stuffy and Hallie are his other friends. The character of Chilly is voiced by Jess Harnell.

Hallie is a stuffed hippo. She is a nurse who is Doc’s assistant. She is friendly in nature and takes good care of Doc’s patients and treats them with respect. She wears a nurse’s outfit. She has also got “Hippo Hunch”, an ability to automatically know what the Doc needs. The character of Hallie is voiced by Loretta Devine.

Squeakers is a purple squeaky toy. It looks like a blowfish. It can go in the water like Melinda the Mermaid, Surfer Girl, Hermie, Marvin and Lula. The character of Squeakers is voiced by Ian Anthony Dale.

Donny McStuffins is Doc’s four-year-old brother. He spends most of his time playing with his friends and his toy cars. He has got a toy knight action figure named Sir Kirby. The character of Donny McStuffins is voiced by Jaden Betts.

Emmie is the girl next door. She is Doc’s soccer teammate as well as his best friend. The character of Emmie is voiced by Kylee Anderson.

Alma is Emmie’s little sister. The character of Alma is voiced by Caitlin Carmichael.

Luca is Donny’s best friend. The character of Luca is voiced by Buddy Handleson.

Will is Donny’s friend. He owns Riggo. The character of Will is voiced by Jay Gragnani.

Carlos is Doc and Donny’s neighbor. He owns Star Blazer Zero. The character of Carlos is voiced by Elan Garfias.

Henry is Doc and Donny’s neighbor. He owns Aurora. The character of Henry is voiced by Curtis Harris.

Some of the other toys characters are Melinda the Mermaid (voiced by Dharbi Jens), Millie the Microphone (voiced by Lisa Loeb), Moo Moo (voiced by Colette Whitaker), Mr. Chomp (voiced by Brad Abrell), Niles (voiced by Charlie Schlatter) and Officer Pete (voiced by Michael Gough). Some others are Penny Possum (voiced by Audrey Wasilewski), Pickles the Bunny (voiced by Colleen O’Shaughnessey), Professor Hootsburgh aka “Hootsie” (voiced by Laraine Newman), Ricardo Racecar (voiced by Ian Gomez), Riggo (voiced by Dennis Farina).

I’ve personally used Doc McStuffins Party Supplies for my kid’s birthday and through my personal experience I would recommend it to all Doc McStuffins lover kids.

Doc McStuffins on the ‘net 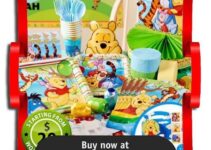 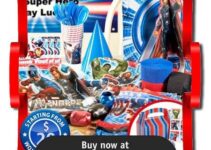 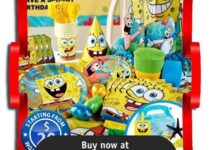